What are the elements inside DotNet?

In this article, we are going to see major elements which are present inside Dot Net that are important for Performance Investigation. This post only covers dotnet overview as platform. I will post another post for run time internals.


First of all, what is dotnet?. Is it a framework? or a run time? or a platform or a system? We will see different definitions associated with the supporting logic in various places. Actually, (in my opinion), it is a software development platform combined with different systems.

To think simply, Dotnet is a development platform for windows environments*. 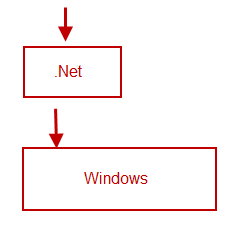 Its very simple. Now, Let see, what is inside Dotnet. To have clarity, let’s know some history of Dotnet. The successor of dotnet was, VB. VB was a wonderful and easy platform to develop windows application along with COM(Component Object Model). After evolution of 32bit OS and now in 64 bit OS, it was hard to manage legacy support for old software and driver for devices. Microsoft came up with evolutionary idea to have a platform having multiple language support (spatially they need some language for OOP support which can be competent to Java) and generic compiled code which can be run-able the same way for all language generated(compiled) code. So, like as Java, Microsoft Introduce Intermediate Language Code. (IL, similar to Class files in Java). So, the We see the dot net has 2 major component.

A. What is IL code generator? This is a full set of language , its compiler, its IL Code generator , targeted for one thing. Creating your code into run-able intermediate language. Which is called IL code. Let’s see, what are items inside of this. 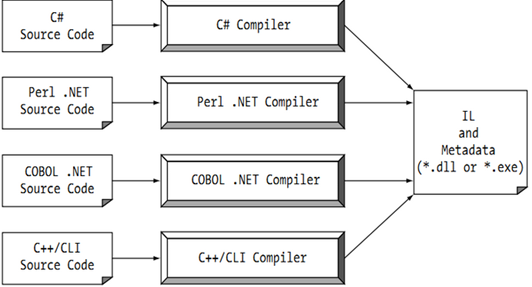 3. CTS : Common type system which actually has all of the type definitions used for different languages supported by dotnet. Like as common type for all language. Simple Example : Int32 is a common type which is int in c#, integer in VB. So, it is easily understandable, CTS is followed by all language compilers. And, all CTS items must have direct run-able capability to CLR(IL code runner)

4.  CLS :  Common language Specification : This is common agreement between all languages of Dotnet. This is very important due to , framework or class designers will follow the specification to make a single IL code accessible from all language. In summary, CLS has the specification which should be common for all language. So, definitely, it is subset of CTS. I found this nice picture from internet defining CTS/CLS nicely. 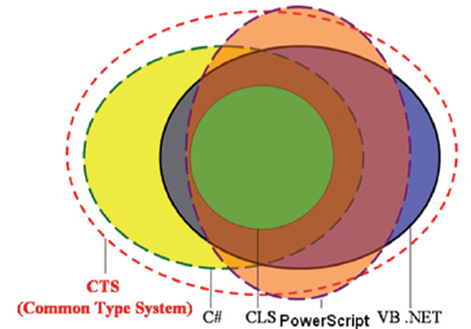 5. Base Classes : Like JDK, Dotnet also have some Base class libraries which helps to build application. These are called Base Classes. This is provided by Microsoft commonly used for all languages (as it follows CLS). Example : ADO.Net, I/O, Diagnostics, Environment controlling libraries etc. From 3.5, Microsoft add some smart libraries named as Layer Cake.

So, after those components are being in interaction, dot net IL compilers generate IL code.
When IL code generated, it generated with Dotnet assembly, which contains
->IL Code
->Resource Files
->Type Meta Data
->Code Meta data or assembly Manifest
I will provide separate post for DotNet assembly only.
B. IL Code runner : Which is named as CLR, common language runtime. It is similar concept as JRE. The main responsibility of CLR is to run your code produced IL in optimized way. To run IL, CLR has major 4 components.
1. GC(Garbage Collector)
2. CAS(Code Access Security)
3. CV(code Verification)
4. Translator(From IL to Native)

This is part is very important as performance engineer where we have to provide evidence of performance issues caused by code. I will provide separate blog posts on each of those.

So, finally, the image has become this. 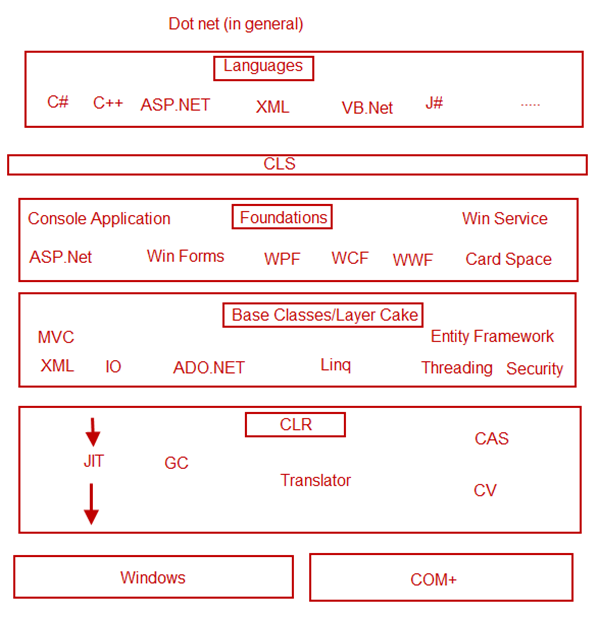 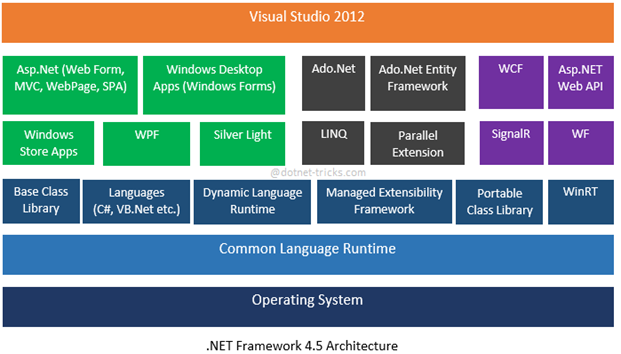 Note :
* -> Now a days, with mono project and CLR being open sourced, it is possible to run certain version of DotNet over Linux.

One of the major source : This link
Thanks..:)
by Shantonu Sarker at 7:09 AM No comments:

How many users jmeter can support?

this blog has been moved here
by Shantonu Sarker at 7:54 PM 5 comments:

Email ThisBlogThis!Share to TwitterShare to FacebookShare to Pinterest
Tags jmeter

How to design load scenario for performance testing?

by Shantonu Sarker at 2:21 PM No comments: